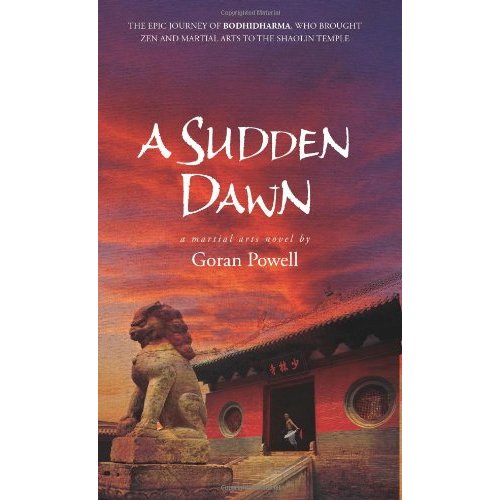 The story of a simple Buddhist priest travelling from India to China in the 5th Century doesn’t sound like something that would make for an interesting novel, but the after effects of this solitary man’s journey still reverberate today. In all parts of the far east, the name Bodhidharma is still very well known. In Japan, for example, little girls have Bodhidharma key-chains and all sorts of other cultural influences and footprints can be found. And not only in the geek fringes or the religious halls, no his is a visage often seen in paintings; most of the time shown as an old priest with a particularly fierce expression of concentration, and it is for this ability that he was most highly prized. Bodhidharma didn’t bring Buddhism to China or Japan, but he started a school of Buddhist thought that spoke to something deep inside the Eastern people that heard it. Spoke to their marrow with a simple and unselfish message of compassion, dedication and submission.

This effect changed them forever.

Can anyone claim to “know” the east without knowing the message of this man? His sandals touched the ground lightly, but his teachings thundered across half the world like a spreading earthquake. This was the effect of the Chan school of Buddhism, known in Japan and in the west as Zen.

As with many classical figures from Buddhism, and indeed many other religions, Bodhidharma’s journey has a few undisputable facts that have been the skeletal bones around which many tall tales have been spun. Some tell of his almost magical ability to stare, even to the point of literally “drilling” into rock with his eyes. Others say that he cut off his own eyelids, so that he couldn’t fall asleep when meditating (something that gets you a whack around the head with the stick in Zen training). All these tales have been worn smooth like pebbles on a beach and over the last thousand years have come to a “standard version”. That Goran Powell  diverts from the standard version in A Sudden Dawn is not relevant at all. His tale is the mythical idea that Bodhidharma not only brought Chan to China, but also brought Kung Fu along with it. That Kung Fu descended from India is almost too obvious to be true and many have seen traces of Yoga in the Chinese martial arts. The idea is that Bodhidharma was born into a martial class in India, which became knowledge he carried with him. Knowledge that he taught and that he used. However, such origins are hardly conclusive, as it is worth noting that the Buddha himself came from a martial class (again in the “standard version”), and he certainly never raised his staff in anger. Anyway and regardless, it is a very enticing idea and the martial reputation of the Song Buddhist monasteries such as Shaolin means that there must be some explanation to how the knowledge travelled from India. That is unless, like the calculus, it was discovered in two places at the same time. I am quite happy to imagine that it was Bodhidharma who brought it, whatever the real history.

The other “deviation” from the standard version is that he walked. Common lore says that he caught a boat, but this is mainly due to the belief that walking into China from India was impossible. Nothing could be further from the truth. The walk to Tibet from Himachal Pradesh is not for the unprepared and unfit, but it isn’t impossible. I have been to the starting point and spoken to guides who say it is not only possible, but that many amazing sights and temples await the brave. I plan to do it 9 years from now (Chinese government willing.) Bodhidharma could certainly have done it if he picked his time of year.

In many respects this novel is in the classic old-fashioned genre of Historical Action Adventure. Whereas very modern writing is obsessively focussed on the details of exactly what happened, here we have an attempt to tell us why. Why did Bodhidharma tell the Emperor of China that he had achieved nothing by building hundreds of Buddhist temples? Why did he sit in a cave staring at a wall for months? The answers that Goran finds to these questions illuminates some of the fundamental truths of Zen and the genre this novel belongs to is the same as that of Siddhartha by Hesse and Musashi by Yoshikawa. It is a genre that is fascinated with the East, see’s it through a certain idealised point of view and gazes at it like one would gaze at a beautiful flower. It is somewhat similar to Shogun, in that its idealised depiction of the characters and situations follows certain tropes. So here Bodhidharma is a giant of a man, able to amaze all around him very quickly. He has a diamond-hard stare, a firm staff hand, a kind heart, and knows his Buddha Nature like no one has since the great B himself. He is also a folk hero and protector of the weak, someone who is humble (a priest) but also someone able to stand up and be counted amongst the highest in the land (and to back-chat the Emperor of China!). The reason that Goran gets away with this is that by all known accounts Bodhidharma was exactly like this.

I loved this book. I found that it spoke to me personally in many ways. Firstly, the action is well written and clearly from someone who knows the martial arts inside and out. I have trained with and under Goran in Goju Karate and I can attest that he has a very high level of skill with the Bo Staff, which is the “weapon” wielded by Bodhidharma in the novel. The fighting depictions raised my pulse level and I found myself imagining the fight in my mind. And this wasn’t the cold style of combat writing, again more modern, that permeates the works of writers such as Iain M Banks and William Gibson. Goran brings the emotionality and desperation of combat into the writing enabling an intimate connection. These fight scenes bare this emotion out on the page and the reader is taken along with it. An effect similar to watching Star Wars for the first time and something of a rollercoaster ride. This feeling is also there with the other emotional scenes. There are a number of sex scenes in the book and they are handled well by not being over written and too involved. They also, mostly, manage to stay away from the purple overused prose of sex writing (again something that terrifies modern authors; because they fear the winning of a “bad sex award”). Goran handles the fact that we know Bodhidharma makes it to Song, by putting those he travels with under the hardest pressure and in danger and although I guessed the end scene I was still deeply involved with its conclusion.

The second way it touched me was that, as mentioned above, my wife and I have almost exactly covered the journey made by Bodhidharma in the novel. We have stood in the mountains of Northern India looking at the mountains of Tibet in the distance, we have stood on the other side (we flew over) in the Tibetan city of Shangri-La where I drank Yak Butter Tea (its horrible!). We have walked Tiger Leaping Gorge . We have seen the Buddhist treasures of the Emperors (now in the Forbidden City in Beijing). We have even been to a great Chinese martial-arts mountain (although, being Daoists, we went to Wudang Shan rather than Song). Reading about Bodhidharma’s journey and realising that Cesca and I, unconsciously, echo’d it was a great pleasure and brought memories of China flooding back to me – what an amazing place and people! I can’t wait till I get to that part in the writing on this site (it’s not long now before the Buddhism parts of our journey start, with a visit to the Bodhi Tree in northern India.) This definitely increased my enjoyment of the book and made me long to return there. If you have an urge to visit the far east, this book may well be your tipping point!

Finally, there is Zen itself. Zen is a jewel; a world treasure. It is incredible. The happiness that comes from a Zen Satori will stick with you forever, touch you deeply and change you in many ways. However, obtaining a satori is one of the hardest things it is possible to do, because you can only do it by not trying, by breaking down barriers in your mind, in your life and accepting a big leap. While Buddhism in general demands dedication and practice, learning and the gaining of wisdom, Zen cuts through all this with a transmission outside the scriptures. Its formation comes from the famous sermon given by the Buddha where he stared a flower and said nothing. However some Buddhist sects claim that this never happened. Whether they are right or wrong is not relevant as the Buddha definitely said, “Buddhism is like a raft across a river. Once to the other side, you no long need the raft.” You can’t argue with that! Goran handles the Zen parts of the book exceedingly well. Bodhidharma’s own enlightenment moment is swift and not drawn out – which to my mind is correct and just as it should be. Zen is romantically un-romantic. No great peal of thunder. No Vangelis music and no Matrix slow-mo. Just a switch in your head. Bodhidharma’s understanding of Zen is driven by strife and is grasped only after going through traumatic experiences, and this shows that Goran too clearly understands Zen. In a book where Zen is the “main” character, exemplified by Bodhidharma, this is the vital element in the book’s literary success.

I loved it and feel it would read well for people interested in Bodhidharma, Buddhism, historical fiction, martial arts, the far east or even just a good read. I think, you will surely agree, that this is almost everyone.

Buy A Sudden Dawn from the following link:

(Please read our Recommendations & affiliates policy linked in the sidebar)

Goran Powell’s martial arts training spans more than 35 years, and today he holds the rank of 4th dan black belt in Goju Ryu Karate. He is a qualified instructor with Daigaku Karate Kai (DKK), one of the United Kingdom’s leading clubs, and assistant coach to the successful Mixed Martial Arts team, DKK Fighters.

There follows a selection of images regarding Buddhism and Bodhidharma from Cesca and my travels around the world. These images contain a few spoilers, but if you like what you read in the book, these may help your imagination. 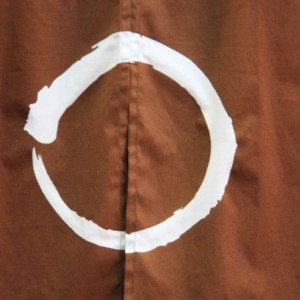 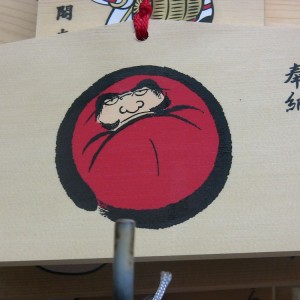 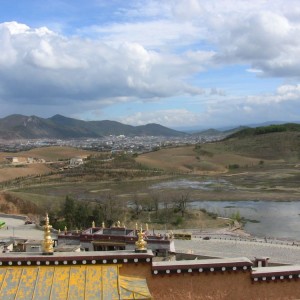 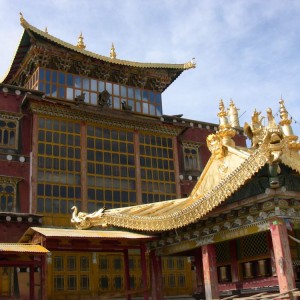 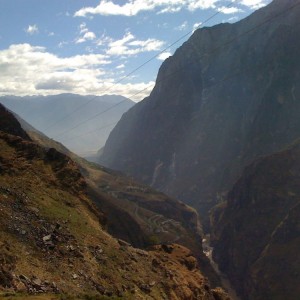 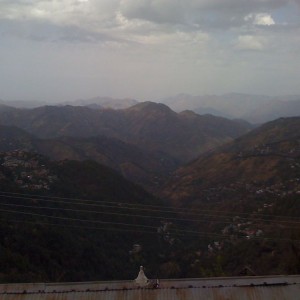 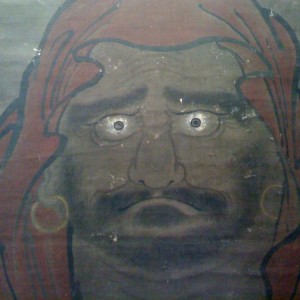